5 Benefits to becoming a game developer 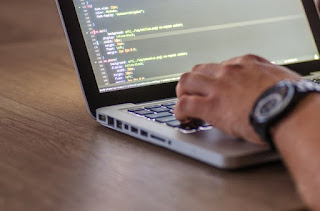 A game developer, also known as a game designer is a very important person in the gaming industry. All the games that are developed have to start with an idea from these people. Game designers are quite casual when they are doing their work. However, this is not to say that game development is an easy task. These are people who are well versed with programming and are computer savvy individuals. They have to learn the ever-changing programming world and ensure that they are up to date with the current operating systems. They also have to come up with game development software that is suitable for modern games.   Many people would love to become game developers, not just for the money available in this industry but also for the fun-filled career it is.   Here are 5 benefits of becoming a game developer:
One of the things you will love about being a game developer is the fact that the job is quite casual but with lots of fun and enthusiasm in doing it. A game designer is a happy person, bearing in mind that they are creating games that will be loved by themselves and other people all over the world. This makes them creative and passionate about their job. They work at any time of the day or night.
Another advantage of being a game developer is that you do not really need to have a college degree for you to be a qualified and experienced developer. However, a college degree would be a good bargaining power for your future in this industry. If you can make interesting and stable games, that’s all you need. However, for those who have a degree in game design, they can use this qualification to their advantage.
It must be a lot of fun to play games as you develop them. This has to begin with the artistic qualifications of the game, its design and testing and so on. Game designers are happy to preview games they are designing as well as other games being developed by others. This is definitely a lot of fun as a job. They receive game coupons in the process as well as other benefits.
The median annual salary of these professionals in the United States is about $98,000. This can be based on the specialization of the game developers and other dynamics. The fact that these people develop software means that they can also make lots of money on the side. They can also make their own games and sell these online for the phone market as well as for the other platforms of game players.
There is nothing as fulfilling as doing something you love. Not many people love their jobs. However, for one to become a budding game developer, they must have a passion for it. As such, game designers are people who have plunged into their passion and they earn money as they do what they love most. One can either be a team leader, the game mechanic designer as well as a content designer.

Title : 5 Benefits to becoming a game developer
Description :   A game developer, also known as a game designer is a very important person in the gaming industry. All the games that are developed hav...
Rating : 5
Related Posts:

0 Response to "5 Benefits to becoming a game developer"