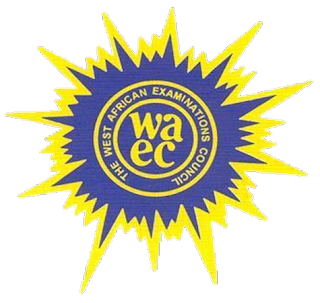 
1a)
Pharaoh had a dream: He was standing by the Nile, when out of the river there came up seven cows, sleek and fat, and they grazed among the reeds. After them, seven other cows, ugly and gaunt, came up out of the Nile and stood beside those on the riverbank. And the cows that were ugly and gaunt ate up the seven sleek, fat cows. Then Pharaoh woke up. He fell asleep again and had a second dream: Seven heads of grain, healthy and good, were growing on a single stalk. After them, seven other heads of grain sprouted thin and scorched by the east wind. The thin heads of grain swallowed up the seven healthy, full heads. Then Pharaoh woke up; it had been a dream.

1b)
-It reveal various aspects of the nature of god
-He is God of order.his creation is orderly
-God whose word is powerful and creative
-God who is omnipotent,ominiscient and ominiprensent
-God is alpha and omega
-God whose creation is perfect and good


now in the Promised Land after the military
conquests of Joshua, went through a constant cycle
of falling into sin, being punished by God via an attack
by enemy invaders, crying out to the Lord in
repentance and a Judge being raised up to lead the
nation back towards God and deliver them from their
troubles. Deborah was one of the 12 judges and in her
account in Joshua Chapters 4 and 5 we see the faith,
strength and leadership of a faithful woman of God.
=============

(6a)
(I)the two robbers-they were crucified along side Jesus Christ,one on his right hand and the other on the left...
ii)Joseph Arimathea-he was a disciple of Jesus Christ,he went to Pilate and asked for the body of Jesus. Pilate ordered it to be given to him.Joseph took the body and wrapped it in a clean linen and laid it in his own new tomb. He rolled a great stone at the entrance of the tomb and departed .
(6b)
(I)it tells us as Christians should b humble and respectful
(ii)it also teaches us that Jesus has Power to save a sinner
============

7a First, they devoted themselves to the teaching of the apostles (διδαχή). This instruction is for new converts who may not have heard Jesus teach. The apostles are witnesses passing along the things which they have seen and heard. It is entirely possible that the apostles had common set of instruction which they regularly passed along to new converts. If this is the case, then there was a basic body of tradition within months of the death of Jesus which could be called the “teaching of the apostles.”

Second, they devoted themselves to fellowship (κοινωνία). Since this word has the connotation of sharing common, this is likely an allusion to the communal life described in the next verses (Fitzmyer, Acts, 269). At the very least this includes alms and care for the poor. I would suggest that many of those who needed assistance were Diaspora pilgrims who accepted the message of Jesus and remained in Jerusalem rather than to return home after Pentecost.

Third, they devoted themselves to “breaking of bread.” While this phrase can be used of sharing a meal together, it is likely that Luke is describing the community as celebrating some form of communion. In Luke 21:19 the same words are used as Jesus takes bread and breaks it. In Luke 24:35 it is used for the resurrected Jesus breaking bread as two disciples realized who he was. I think that Jesus’ practice of common meals was the foundation for this practice — they all ate and drank together as one group.

Fourth, they devoted themselves to prayers. Since the Greek is plural this is plausibly a reference to daily prayers in the Temple. It would not be unusual for Jewish men to go to the Temple several times a day to pray, so the community continues to worship at the Temple regularly. In fact, Acts 2:46 indicates that the disciples met in both private homes and in the Temple. This likely put them into contact with other observant Jews who would then be introduced to Jesus as Messiah.

9A)
According to James all Christian must avoid
partiality. He admonished them saying " For if
a man with gold rings and in fine clothing
comes into ur assembly and a poor man in
shabby clothing also comes in and you pay
attention to the rich and say "have a seat here
please" whiles you say to the poor man "stand
there" or "sit at my feet". James advised that
when this happens, the members have
discriminated against the poor man and
honoured the rich. He advised them saying "
God has chosen the poor to be rich in faith and
heirs of the kingdom which he has promised.
He further wrote that, they would b fulfilling
the royal law which says "love your neighbour
as yourself" if they avoid partiality and
favoritism.
B)
1. discrimination create division in the church
2. It retards spiritual and numerical growth of
the church
3. It leads to lack of commitment
4. It discourages people from accepting the
gospel