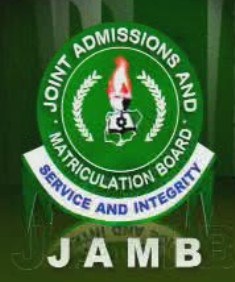 Here on Codedexam, We have provided more JAMB likely questions from the book "In Dependence" for candidates preparing for 2017 UTME.

The questions are twenty in number. The answers to the question can be found at the end of the post.
Please remember that the purpose of this is to give you a clue as to how the questions will be presented. It does not means that these are the exact questions to expect.

So please read and ensure you complete the book before the examination.


Below are the question;

1. How is Suleiman related to Vanessa
(a) Biological son
(b) Adopted son
(c) Nephew
(d) Nibling

4. What is the nature of Christine's death?
(a) Murder, overdose
(b) Suicide, overdose
(c) Accident
(d) Cancer

6. Professor Tayo was given an honorary award in
(a) Music
(b) Civil Law
(c) Science
(d) Literature

9. Kwame had been teaching in the ______ before Tayo's arrival
(a) California University
(b) Oxford University
(c) London University
(d) San Francisco University

10. For how many years has Kwame been teaching in the University before Tayo's arrival.
(a) Six
(b) Seven
(c) Eight
(d) Nine

11. The name of the driver accompanying Tayo to the Airport when he had an accident is
(a) Audu
(b) Ahmed
(c) Abdou
(d) Alfeez

12. Mrs. Elizabeth seemingly had an affair with a slave while in Nigeria named?
(a) Daudu
(b) Danladi
(c) Danjuma
(d) Dende

13. Pick-up-your-stick-and-sandals marriage was a phrase popularly used by the ______ according to Vanessa
(a) Igbo
(b) Yoruba
(c) Hausa
(d) Europeans

14. Salamatou is the biological mother of Suleiman, but she died of
(a) Cancer
(b) Car accident
(c) Brief Illness
(d) Heart attack

17. Vanessa Richardson is an Africa Journalist who writes column for
(a) Washington Post
(b) New York Times
(c) The Guardian
(d) Daily Times

18. Akin, the carver, had a great uncle, who was a servant to ______ during colonial periods
(a) Colonial officer Jonathan
(b) Mr Nancy Murdoch
(c) Sir Hugh Trevor
(d) Lord Lugard

19. Tayo lied to Vanessa that Christine was his
(a) Sister
(b) Friend
(c) Cousin
(d) Enemy