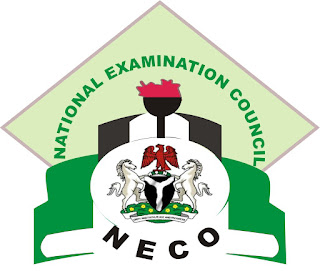 
You Are Here: »
Neco 2016 GOVERNMENT Obj And Theory Answers – May/July Expo
Admin
Jun 29, 2016
336 x 280 -->
Click Here To Like This Facebook Page For Free Government Answer Too, Also With An MTN Recharge Their, Is Yours, First To Go First To Win - Examlab
Goverment 0bj
pLS USE THIS OBJ
1-10 dcabbecdbb
11-20 dacceeacce
21-30 debbdeabca
31-40 abbbcebdac
41-50 deabbdcebb
51-60 acdaaedddc
===========================
Government Theory
GOVERNMENT-ANS
••••••••••••••••••••••••••••••••
1)
-Manifesto:If a political party has a good manifesto this may produce overwhelming support for the party at election
-Organisation:well planned organisational structure can produce better chances for a party at electrons
-Unity:this can help to brighten the chances of the party at election
-Spread of membership:A political party has more chances of victory at polls of followership cut across the society
-Adequate funding:A party with enough found can organize the best of campaigns and rallies by engaging the service of an advertising agency for a well produced party
••••••••••••••••••••••••••••••••
9)
-One of the problems facing common wealth is the fact that its member-nations belong to many different other organisations which make them to have divided interest and loyalty to common wealth
-Many member-nations of the common wealth as a result of the fact that the head of the organisation is not elected do not recognize and respect the head of the organisation
-Member-nations' military personnel are no longer exclusively trained in british military institutions
-The common wealth has no charter like U.N.O and O.A.U and therefore,therefore,there are no formal rules governing it
-South Africa's apartheid policy is still a problem that is threatening to polarize member-nations of the common wealth
••••••••••••••••••••••••••••••••
4)
-Constituencies:The country should be divided into constituencies on equal representations
-Independent electoral commission:A body to co nduct the election known as electoral commission should be made to be independent and non-partisan
-Proper arrangement:The electoral commission should make proper arrangement to compile names of eligible voters
-Display list:Voters lists should be publicly displayed for objections and complains that may arise from voters
-Security:Adequate security arrangement must be made to create conducive atmosphere during polling day devoid of any form of harrassment and intimidation of voters
-Adequate materials:All necessary election materials like ballot boxes,paper etc should be made available at the appropriate time to avoid problem of logistics
-Result of the election should be as soon as counting is completed
••••••••••••••••••••••••••••••••
10)
The ogboni was the third organ of government of the old oyo empire.The ogboni or earth cult was a secret society made up of prominent diviners and headed by the oluwo.One of their constitutional duties was to checkk the excesses of the oyomesi such as the rejection of an alafin,It was equally the function of the ogboni to mediate between the alaafin and the oyomesi.Also the ogboni performed judicial functions especially in cases involving spilling of blood.Oluwo as chief "ifa".Priest controlled ifa oracle which could accept or reject Bashorun's decision to command's suicide thus he could check an ambitiuos Bashorun
••••••••••••••••••••••••••••••••
3)
- Public trial of the accused person not secret trial.
- The press must be free not gagged
- citizens should be granted the right to appeal against any judgment they feel like
- There should be no delayed Justice which will lead to denied Justice.
- A sovereign parliament will also aid successful operation of the rule of Law
••••••••••••••••••••••••••••••••
6)
-Human Resources / Sizes
-public Opinion
-Geographycal Location
-Material (Domestic) Interest
-Historical Bacground
••••••••••••••••••••••••••••••••
2)
-POLITICAL INSTABILITY
-NEGATIVE ATTITUDE TO WORK
-BRIBERY AND CORRUPTION